History of the Wyandanch Public Library

In 1973, the Wyandanch Community Development Corporation decided to organize a committee to form a library. The members all lived in the Hamlet of Wyandanch. The committee members were: Geraldine Diggs, Barbara Rooks, Maria Lightner, Delia Burnett, Joyce Bagnall, Sister Carol Kenz and Edith Reisner. 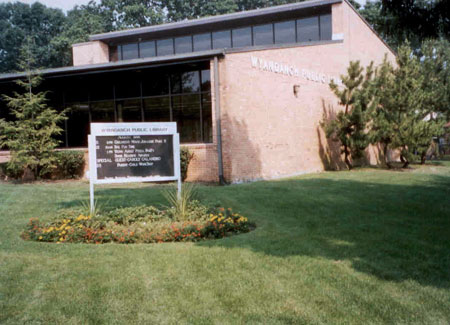 After research and planning, the committee formed a budget and a plan for a library in Wyandanch. In June 1974, the voters approved a Referendum to establish a library.

In October 1974, the two portable buildings were on their way to Wyandanch. The trailers with the two buildings arrived in Wyandanch. Once there, high winds blew one building off a trailer. Although the building was badly damaged, it was salvageable.

As the years went by, the library grew. The community voted to build a new library. Groundbreaking for the new library took place on Sunday, October 13, 1985. Four years later, in October 1989, the new library was opened.

After many years of operation, the Wyandanch Public Library now has a book collection that contains 112,000 volumes, as well as video and audio collections. The library has 45 computers, a Children's Room, Adult Area, Community Room, Literacy Programs, ESL and GED Classes.

The Basement has been renovated with the latest technology; two meeting rooms and a reading area with special minority books that are out of print.

The Upper Level Mezzanine, which is in the process of construction, includes office space for staff members, quiet room study areas and a New Young Adult Area.

This library, which is a tremendous resource to the community, serves the hamlet of Wyandanch, and is a focal point for education, information, culture and civic activities.